Lately, when I scroll down my facebook newsfeed, I have come upon many blog posts about training camps from skiers all across the country.  When you are bombarded with pictures of fellow teammates and competitors skiing on a glacier in Europe or reading about others who are training with world cup level athletes, it is hard to avoid even the slightest feeling of jealousy.  In the meantime, I was preparing for my first training camp of the season in Lake Placid, New York. It would be logical to think that these blog posts and the fact that I have visited the host town of the 1980 winter Olympics approximately 14 times, would make my upcoming training camp seem much less thrilling.  But the thing is it is honestly one of the best places I have ever been for training. The great rollerskiing roads, the endless hiking (I have still not climbed all 46 high peaks) and the beautiful places for post-workout swims make it a one of a kind training destination.

Training camps = living with others. As my coach pointed out, at a training camp you may be spending around 20 hours of the week training but the rest of the 316 hours are spent with your team. Now here is the problem, athletes love their food and if you take anyone’s food, accidentally or not, it may start a brawl.  During the first week we were lucky to have two houses and more than enough beds for the amount of athletes. We switched houses for the last 3 days, with limited bed space, which created quite a ruckus.  The point is, learning to live with others and making compromises is not the easiest thing but it is important to realise that without your team mates the training camp would be extremely boring.

During the 9 days we did various workouts. I definitely think one of the highlights was the track workout. I was a bit skeptical at first, when my coach told us his crazy idea of putting skiers on a track and making them do 400m running repeats. The goal was to run 8 times 400m at 90% of your maximum pace.  After the first one, I could already feel my legs and even my arms fill up with lactate acid but I surprised myself by keeping the same pace every rep. It was as hard as I anticipated but also a lot of fun!

Before climbing mount Hurricane, we made a trip to the local thrift shop and picked out some impressive costumes.  The result was this wild summit photo. 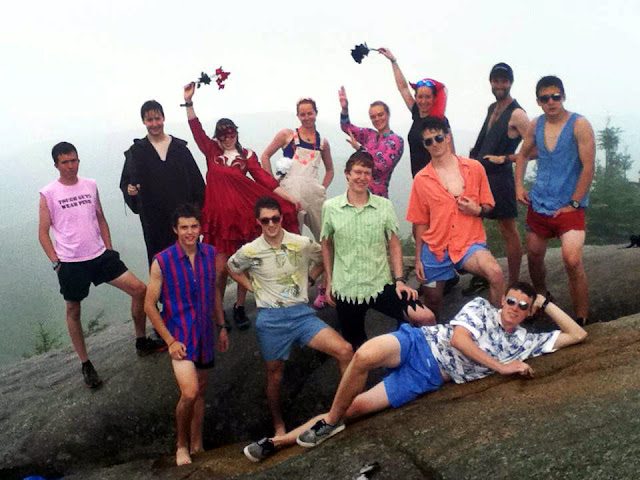 After one of our long rollerski workouts we went cliff jumping. I have been cliff jumping many times but had never seen a cliff quite like this one. Even though the height was not extreme, the waterfall to the right of it made it seem much scarier.
Seeing as it was a volume week, races were non-existent.  So to satisfy our competitive athlete spirits we decide to go mini-putting. Our whole team headed over to the pirate themed mini-put in downtown lake placid. To increase the excitement (which was not really necessary), the winner was to win ice cream from Ben and Jerry’s. A few celebrations later, Prince Philip ( Phil Marshall ) was crowned winner of the mini-putting cup.

All in all, it was a great week of training spent with a great team. 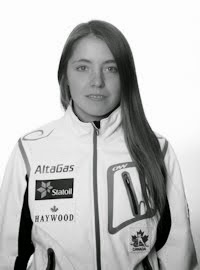 I am a competitive cross-country skier who was born and raised in Chelsea Quebec. I grew up skiing in the Gatineau Park with the Nakkertok nordic ski club. I now train with the National Development Centre in Thunder Bay, Ontario and am also a member of Canada's Senior National Team. In addition to skiing, I am a Psychology student at Lakehead Univeristy. Follow my journey!